Considering their prevalence today, it’s easy to forget that just five years ago we saw our first set of LED headlights on a production vehicle. Even back then car makers were putting LEDs on concept cars to dazzle show-goers and catch the eyes of the media. But today, LED (light-emitting diode) lights are no longer isolated to just one-off concepts or premium luxury vehicles.

These days LEDs are quickly becoming an extra stylish addition to cars, like alloy wheelsor chrome trim. According to a recent J.D Power and Associates report , LED Headlights are the number one most desired technology for new car buyers, with 70 per cent of respondents in the Automotive Emerging Technologies Study commenting that they are willing to spend the money for LEDs. It’s hard not to see the appeal of LED headlights. They have a modern and minimalistic, yet high-tech vibe to them. The reality is that they’re more than just shiny toys, they’re functional too. BENEFITS ARE MORE THAN AESTHETIC. LED headlights last much longer than traditional headlights and typically last the life of a vehicle, which can be seen as an added value to consumers. And LED headlights are brighter and emit a whiter light, giving them an important advantage. LED headlights also use 70-80 per cent less power than the alternative Xenon and Halogen headlights. 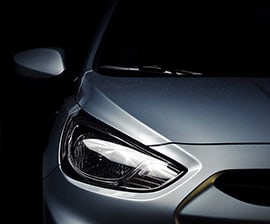